Mapdwell receives top award at the 2014 edition of the prestigious Innovation by Design Awards presented by Fast Company. Solar System™ was among the 10 category winners alongside products and projects by Nike, Disney, Reebok, Jonas Dahlberg, and others. 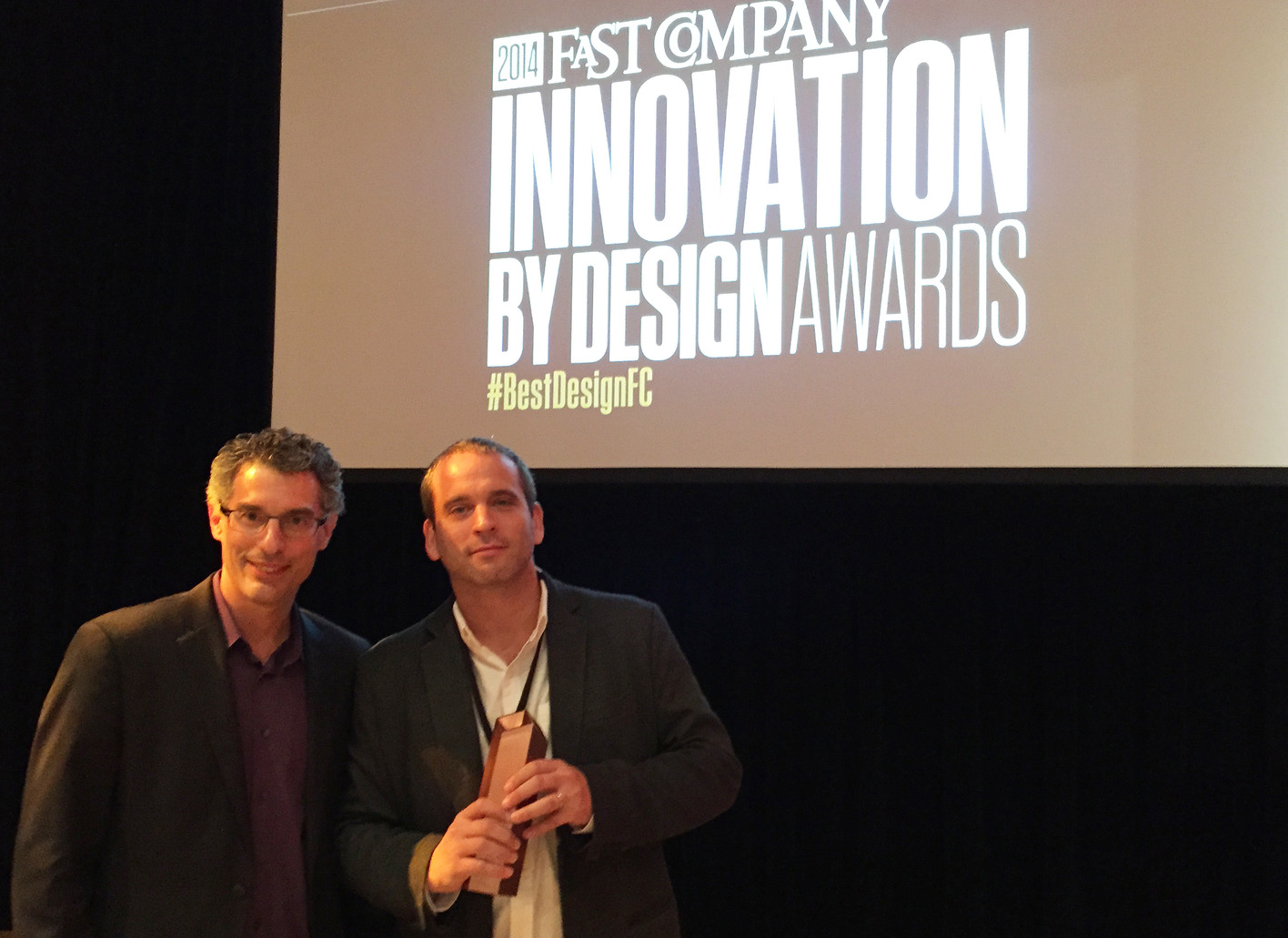 Fast Company praised Mapdwell’s interactive rooftop solar potential platform in their official announcement, stating that “our judges were smitten by its intuitive user interface, which crunches lots of data to become usable, business-forward, and most importantly, relevant to you.” Solar System was among the fifty-three companies, projects, and products announced in early September as finalists for this year’s edition of the Awards – selected from over 1,500 worldwide submissions – alongside a remarkable list that included Google, GE, NASA, Disney, Nike, Reebok, The New York Times, Quirky, McDonalds, Jonas Dahlberg, BIG (Bjarke Ingels Group), and others.

Nike, Disney, Reebok, and Jonas Dahlberg were among the 10 winners. “It is a privilege to be recognized here, among such inspiration and by peers who, like us, believe in the transformative power of design. Distributed rooftop solar is a revolutionary achievement, a breakthrough in human ecology and our company is about getting everyone on board because, now that we can, we must,” said our CEO, Eduardo Berlin in his acceptance speech.

Announcement: Announcing The Winners Of The 2014 Innovation By Design Awards

Innovation By Design 2014: A Q&A With Mapdwell’s Eduardo Berlin

Full Article on Mapdwell: This Startup Can Map The Solar Potential Of Every Single Home In Your City

Excerpt from Fast Company Press Release: “…The Innovation by Design Awards (…) honor the most innovative and disruptive design solutions to today’s business problems. This year’s judging panel, which was once again comprised of the world’s best design minds, selected the finalists from among 1,587 international submissions across 10 categories…” (Media Contact: Cole Wilson, Director of Editorial Relations | [email protected])

Mapdwell works at the intersection of data and design to create effective decision-making tools. We assist complex decision-making processes – through carefully designed choice architecture – where economics, education, and environmental goals can be aligned, and communities can do well while doing good.

Mapdwell won Fast Company’s 2014 Innovation by Design Award for Data Visualization, and was recognized as a high impact, early stage company at the 2013 SXSW Eco Conference, the sustainability chapter of the world renowned, cutting edge cultural, music, interactive, and film conference and festival. Earlier this year Wired Magazine selected Solar System as one of the “The Most Amazing, Beautiful and Viral Maps of 2013.”